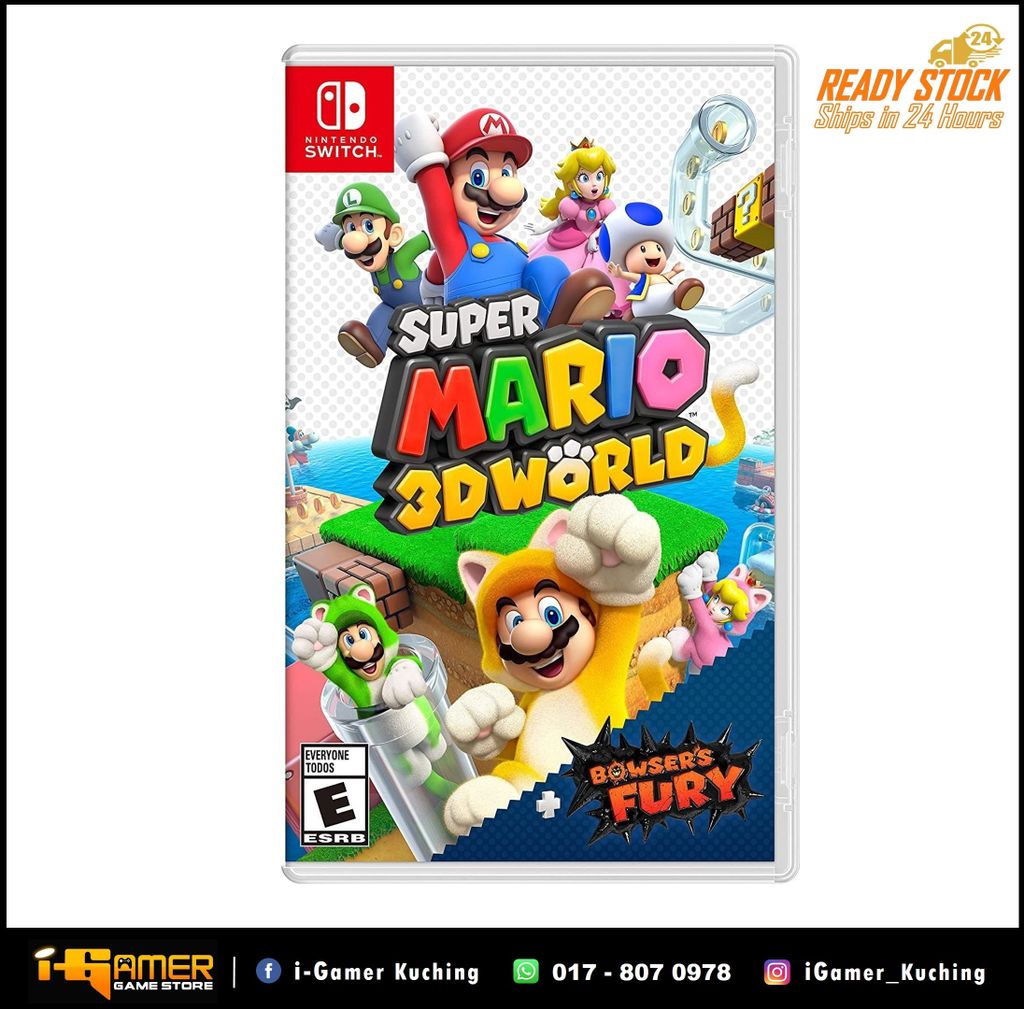 The Super Mario 3D World + Bowser’s Fury game features the same great co-op gameplay, creative levels, and power-ups as the original game, but with added improvements. In the Super Mario 3D World part of the game, characters move faster and the dash powers up more quickly. Both adventures support the newly added Snapshot Mode—pause the action to get the perfect shot, apply filters, and decorate with stamps!